Skyworth in the spotlight at IFA 2017
CLOSE

BERLIN, Sept. 2, 2017 /PRNewswire/ -- Leading Chinese TV manufacturer Skyworth showcased its full line of smart household appliances at this year's IFA 2017 in Berlin, demonstrating its achievements and enhanced presence in the smart home sector. The company has attracted much attention worldwide recently, leading to the global household appliance industry wanting to know what they can expect from Skyworth. 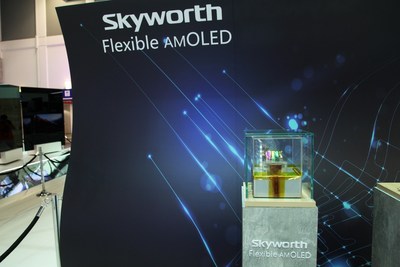 With the acquisition of Zirndorf, Germany-based Metz in 2015, Skyworth began to implement its Skyworth+Metz double brand strategy in Europe and established its European research and development center, with the aim of creating products based on German quality standards. Metz has helped Skyworth accelerate the globalization of its many brands in the European market. In 2016 alone, Skyworth, with Metz serving as the bridgehead, saw its volume of business grow more than ten times in one year in the 11 European countries into which the firm had made inroads. The consumer electronics maker aims to become one of the top 3 TV brands in Europe within five years, with a sales target of 15 million TVs in the market by 2020, 50 percent of which are scheduled to be under its proprietary brands.

To date, Skyworth has expanded its footprint across markets in Europe, Southeast Asia, Africa, the Middle East, the Americas, Russia and Australia, with a presence in three quarters of countries and regions on the five continents. According to Skyworth's financial report for 2016/2017, the company's non-domestic color TV business achieved revenue of HK$8.937 billion (approx. US$1.14 billion), accounting for 74.4 percent of total non-domestic revenue, with the proportion having increased by 49.4 percent from the prior year. The increase in sales outside of the home market was a key factor in the company's rapid growth. During the fiscal year, Skyworth sold 6.94 million color TVs in markets outside China, growing 57.5 percent year-on-year and outperforming its sales target for overseas markets.

Skyworth's other exhibits, including the Wallpaper OLED TV, a 100" Android TV co-developed with Google, and other TV series, have proven superior picture quality and demonstrate the company's excellence in product development, a particular strength of the consumer electronics maker which was highly praised by visitors at the event.

Staying at the frontier of TV technology is one of the drivers behind Skyworth Group's continuous improvement in performance. At this year's IFA, the company displayed the newest addition to its OLED exhibit lineup, the W8. The split- and folding-type W8 incorporates the OLED screen, at a miraculously thin 3.65mm.

Skyworth continues to lead the industry trend with new product launches, thanks to its technological expertise and commitment to innovation. The company broke the traditional international giants' monopoly on the OLED technology in 2016, just three years following the roll out of its first OLED TV in 2013. With industry-leading technologies, the company has introduced several OLED TVs, including the S9-I, S9300, S9D and W9. From the early CRT kinescope to LCD and OLED, Skyworth has been the one to take the lead across the industry in terms of innovation in TV technologies and has now created OLED TVs as thin as a cicada's wings. Skyworth has played and will continue to play a key role in developing thinner TVs.

One of the highlights at the Skyworth booth was China's first full-color flexible AMOLED screen developed by one of Skyworth's subsidiaries. The screen displays images and videos even when curved and folded. The 5.2" 0.01mm-thick screen weigh less than one gram. The product heralds a breakthrough in the country's flexible AMOLED display sector and comes equipped with the most advanced flexible display technology in China.

Skyworth has leveraged its nearly 30 years of experience in developing smart screens to create a complete range of smart home solutions. Since last year when Skyworth Group's announced its three-year roadmap that it dubbed the Intelligence Leads Future Strategy plan, the consumer electronics maker has achieved remarkable results in the implementation of its strategies for smart refrigerators, washing machines and other household appliances, among other intelligent products.

Skyworth's smart home offerings now comprise nearly 100 products across the refrigeration, washing machine, air conditioning, lighting and security categories, creating a real experience-based smart life scenario. The company is responding to the different definitions that families have for what they expect from a "smart life" with its home security, healthcare, environment control, education and entertainment solutions. Over the next three years, Skyworth plans to build and expand its presence across all sectors of the smart industry, including the smart community and smart city fields. As a part of the group, Skyworth Digital recently established a joint venture in a move to enter the upstream semiconductor chip market and ultimately build its own smart home ecosystem, helping Skyworth move closer to its goal of becoming a leader in the global smart home sector.

As the smart TV sector continues to grow and connected TVs continue to impact traditional models, Skyworth will upgrade its business model into a combination of hardware and content, alongside continuous innovations in the content portfolio. As of the end of June of this year, Skyworth had 23 million active smart TV users in China. With the help of strategic investments from iQIYI and Tencent, Skyworth is accelerating the pace at which the firm is building a presence in the living room entertainment market and grabbing a larger slice of the living room economy. The consumer electronics leader can be expected to pick up speed in its growth curve by capitalizing on its strengths in high-quality content, abundant capital and a user market that is looking forward to spending more quality time in their home entertainment center. The combination of factors will serve to assure the success of the company's smart home and smart city strategies. 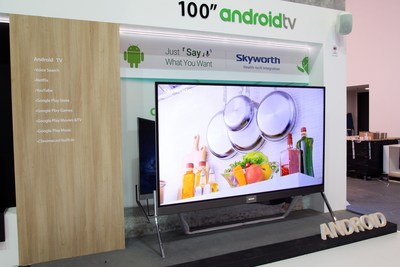 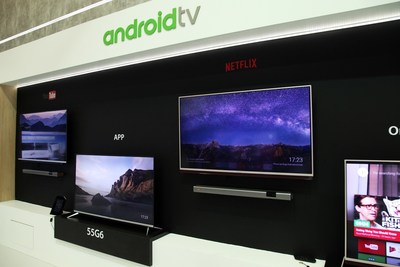